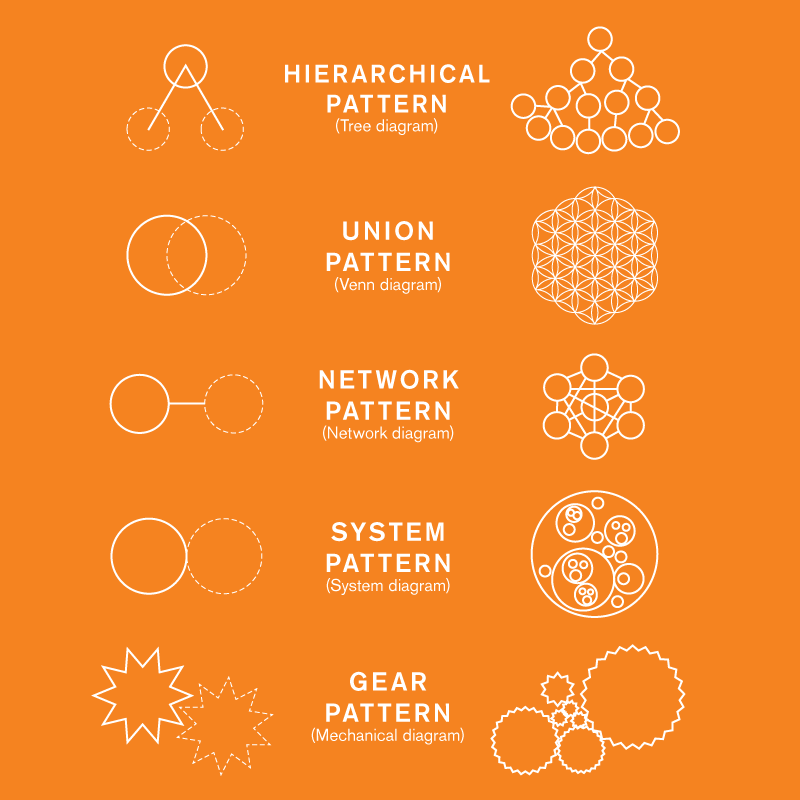 The 5 relationship patterns is the fabric thats forms the abstract space.

Each thought, thing and the events between thoughts and things can be described by these patterns. Basically, these patterns are the constructs of the Universe.

It isn't a random coincidence that each pattern is founded on the circle and line - the simplest, and most important shapes in the Universe.

Each pattern presents distinct capabilities for bridging mind and matter into a single paradigm:

The  is a region designed to support moving arrangements of patterns.

The scientific concepts defining the physical world, such as gravity, thermodynamics, evolution, economics, and even history are also fundamentally modelled by these 5 patterns.

Quite remarkably, each pattern is a Sun Pattern, responsible for powering the growing complexity that eventually reflects forms of life from systems of matter.