What is an abstract form of energy, and how does a mind manipulate it? These are very important questions that my theory seeks to address.

To begin, consider that a mind exists within a mindspace. This hidden space exists all around and within us, and every arrangement of matter is a part of one or more shared mindspaces.

The main difference between spacetime and mindspace is that spacetime contains 'empty space', while mindspace does not.

Mindspace is a hyperdimensional space that overlaps itself. Its structures are represented as circles and lines and there are no spaces between separated shapes - we only perceive empty space as a function of 'symmetry' (ie. first law of mindspace, to be explained later).

In spacetime, energy is calculated by the weight and velocity of an object. If an object has mass, it contains energy. If that object is moving fast, it contains even more energy.

The concept of energy was created to explain how one physical body forces change onto another body as it moves across spacetime.

Thought theory explains that the circle and line structures in mindspace follow these same observations, however in an abstract sense.

For example, 'a rock' and 'a bottle of Coke', of the same weight, moving at the same speed, contain roughly the same amount of energy.

However, from the perspective of a mindspace, a bottle of Coke will usually contain more energy than a simple rock of similar weight and velocity. 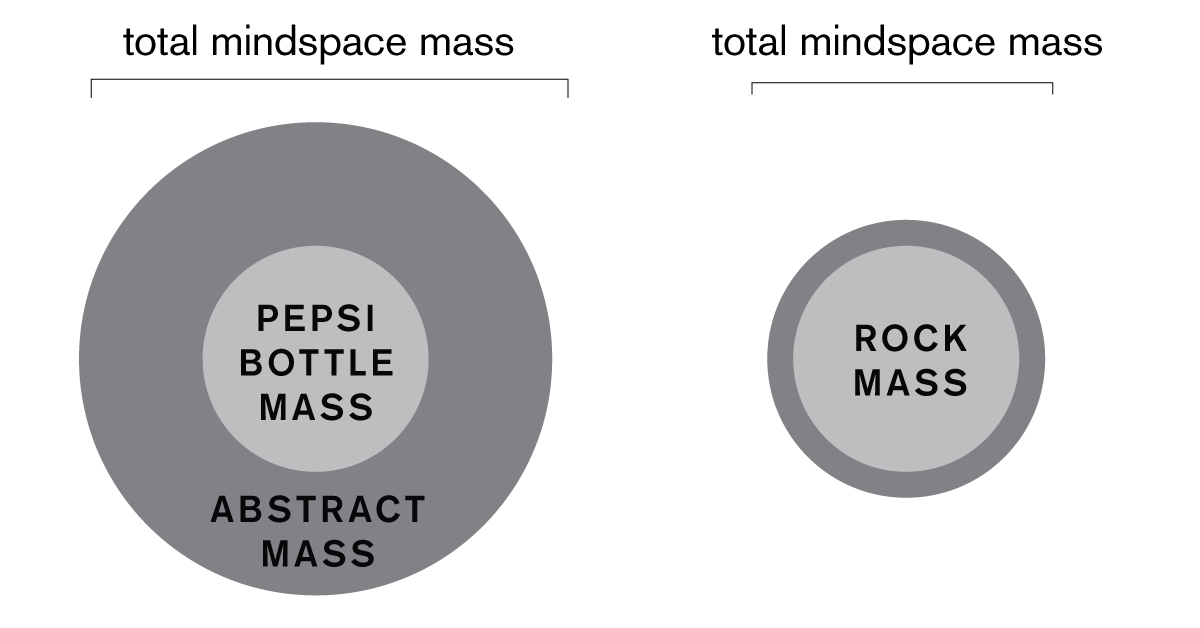 This infuses a bottle of coke with 'abstract' energy, which causes the displacement of people around it. This energy is stored within the arrangement of its matter (ie. structures of information like its logo).

Traditionally, physical energy is calculated by adding together all the sizes and speeds of its atoms - it does not take into account the 'arrangement' of these atoms such as logos, words, pictures, etc.

In thought theory, the abstract energy must be somehow included when calculating energy.

In conclusion, the abstract properties of matter generate pulling and pushing effects that are exerted on the minds of neighboring people (and other living things), and thus qualifies as a form of energy.